BOD At The Summer Festivals

BOD Drums have been to two festivals so far, and the response has been wonderful, thank you to everyone who has stopped in to visit.

We’ve made some sales, always a good sign, but more importantly, our drums have been in the hands of some great folks, beginners, amateurs and professionals alike, trying them out and playing around with the possibilities. It’s really intriguing to hear what other drummers make of them, trying out their own techniques and sometimes their own beaters on the BOD drums.

Cormac Byrne joined us Saturday afternoon in Ely to introduce and demonstrate his Talking Bodhrán and the use of the sound bar, and we had a crowd of 40 or 50 around our marquee, watching, listening and asking questions, just as we had hoped. Later that evening, Cormac came back and Evan Carson stopped by as well, and we were all treated to the aural delight of the two of them improvising back and forth.

It’s Not Your Traditional Bodhrán

As we have long suspected, you really do have to hear and play with the BOD drums yourself to understand them. Whilst most people were intrigued and had a riot trying them out, a few folks walked away, shaking their heads and saying, “it’s nothing like my goatskin… “ 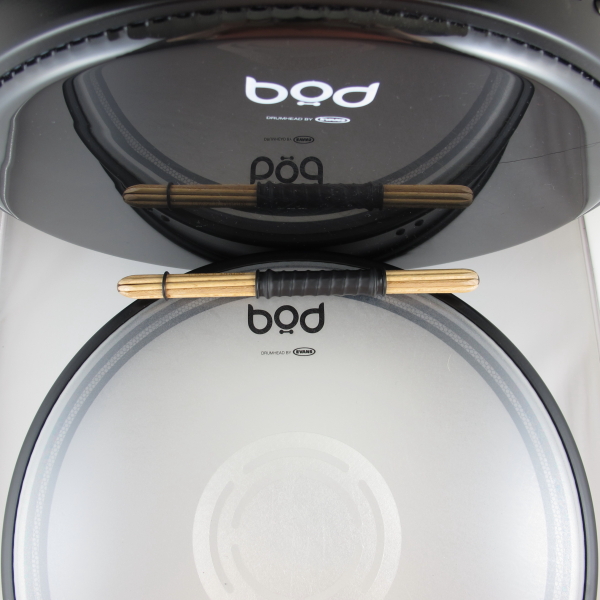 Well, no, it isn’t. Just as you would not expect an electric guitar to play and sound and feel like an acoustic guitar, the BOD drum or Talking Bodhrán is not going to play or sound or feel like a traditional wooden framed, animal skinned bodhrán. We are not trying to mimic or replace the traditional instrument – we are offering a really interesting variation with an extraordinary sound range which can expand your repertoire. As Cormac has said,

For me, it will never replace my bodhrán. But that was never the intention. It sits alongside the traditional bodhrán in my setup. I see it as a different instrument.

If you can’t visit us and try the drums at the festivals, use the contact form to arrange a meet-up, or at least listen to the videos we have on this site, both in various blog articles and on the Videos page. In addition to the demo videos and Cormac Byrne performances, we just added Evan Carson’s new track to the Videos page – have a listen.

One other difference from the traditional bodhrán that was pointed out to us: for those who are concerned about the use of animal products, the BOD range of drums is a great alternative to traditional bodhráns. Made of spun aluminium, with a synthetic head, there are no animal products involved in the making of our drums. The synthetic heads are bonded to the hoop with an epoxy, not animal derived glues.

Response to the prototype udu was wonderful – from the udu workshop leader at the World Music Workshop Festival loving it both for its sound and for the fact it cannot be broken by enthusiastic students, to the passers-by pausing to stare and ask “what’s that?” – we really enjoyed the reactions and feedback. The upshot is, we will be visiting our spinners very soon to discuss the tooling, and we hope to have production underway and udus for sale this autumn. 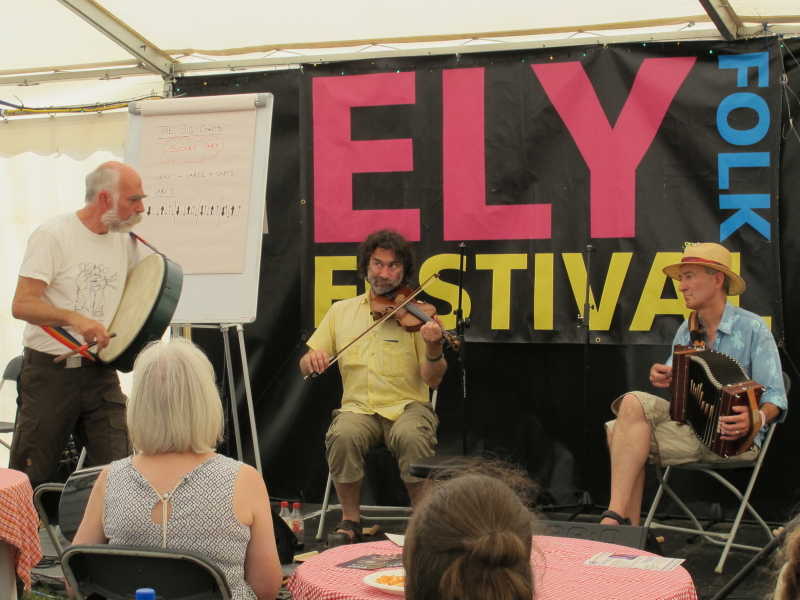 John again lead a beginner bodhrán workshop at the Ely Folk Festival, and after a rather breathtaking introduction to the basic how-to’s, John introduced a few jig rhythms and then brought in David Wolf on fiddle and Chris Partington on melodeon, so attendees could get the feel for playing in a session.

Chris commented afterwards that he was really impressed by how good the workshop players sounded from up on stage – the players caught the rhythm and synchronised with the melody very quickly, both at the start and again when Chris and Dave segued to a second tune without a break.

If we were to give beginners a  single piece of advice, it is simply “Go Play!” Many people said they bought a bodhrán and after a few goes didn’t pick it up again for months or years. This is an instrument that is meant to be played in company, not alone in your living room. Find a pub session and just play along quietly in the background to get your ear in on rhythms and tunes, build your repertoire, gain confidence, practice and just have fun!

At Ely we turned our marquee around and opened a longer frontage so we could have both shop display space and room for a session, and it worked. Lots of folks stopped by to try our drums or bring along their own to try our range of beaters, and we loved the company and the music we had going. Chris and Dave stopped by one afternoon in Ely and we had a session in the marquee for a little while which drew in the crowds to listen or to join in. Perfect.

Do come visit us at Wickham and at Folk East – have a play with our drums, or bring your own instruments and come along for a session and say hello. We’d love to meet you. 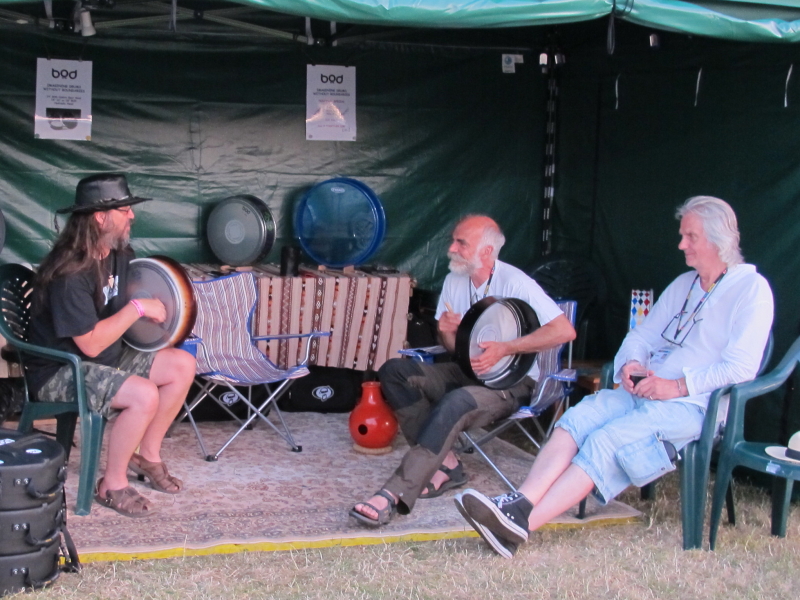